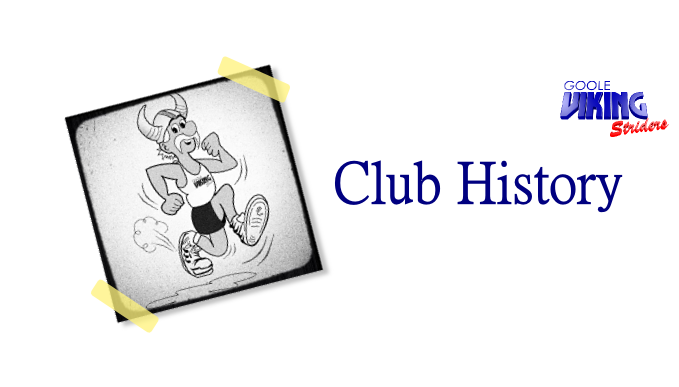 The club was formed in January 1985 by Anne Sweeney and Bob Todd (yes, Sweeney & Todd) as ‘Goole Joggers and Runners Club’ but soon changed to ‘Goole Viking Striders’, a name invented by Paul Peacock. The then Chairman John O’Neil, chose the club colours of gold/white/royal blue.

A regular magazine was issued in those days called ‘Striding Out’, quite a task on a typewriter! If anyone wishes to see some of these have a word with Angela Dryden who has kept some of the originals.

Our current club Treasurer, Nigel Warner, has written a book about the history of the Goole Viking Striders in his own dry witty style, and these can be bought from him, for a very modest fee.

Below are some extracts for your enjoyment.